"Breizh" is the Breton name for Brittany (a cultural region that forms the peninsula of North West France. Before becoming a region of France in 1532 Brittany was an independent Celtic nation). 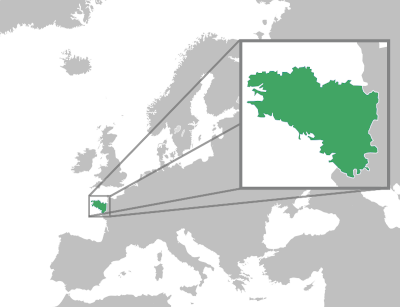